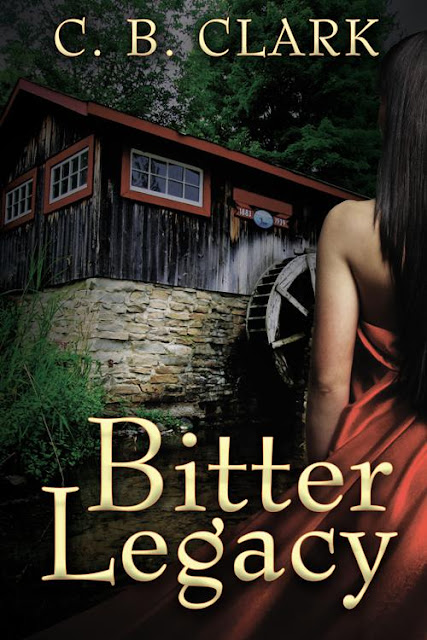 Sharla-Jean Bromley returns to her hometown after a seventeen-year absence with vengeance in her heart. From the very beginning, her plans go awry when she meets devastatingly handsome Josh Morgan, the man to whom her father left half of his multi-million dollar lumber mill.

Josh, suspicious of Sharla-Jean’s reasons for returning to town after such a long absence, vows to keep control of the company he feels is rightfully his. She is equally determined to prove she can run her father’s mill, even though it means working side-by-side with Josh, a man whose very presence evokes an attraction that is increasingly difficult for her to ignore. In the process, they must overcome a villain who’s determined to destroy both the lumber mill and their lives.

Will Sharla-Jean succeed and heal the anguish that has long filled her soul? Wills he and Josh find the passion of a lifetime?

Even as the dreaded word reared like a monster inside her head, a thin trickle of smoke crept out of the dark storage room. Terrifying images of flame, smoke and searing heat threatened to overwhelm her. For a nightmare second, she was back in the midst of scorching heat and roaring flames.

Using all her strength of will, she tore free of the chilling memories. Instead of fleeing, she placed one wobbly step in front of the other and shuffled toward the storage room. Her nostrils flared at the acrid tang of gasoline and smoke. With a shaking hand, she gripped the door handle and opened the door.

A figure burst out of the darkness, crashing into her, knocking her back.

She yelped at the pain of the blow and the shock of falling. A jolt of agony and blinding light as her head hit something hard.

Heavy boots pounded across the tile floor. Cold air washed over her. And then darkness.

“Tell me,” he sneered, lowering his voice, enunciating each word as if he were speaking to a child, “before you set the fire, did you even consider how losing the Mill would affect so many people’s lives? How did you think the employees were going to feed their families?”

The unfairness of his accusation rocketed through her, and she shot to her feet. “You don’t know anything, not a damn thing. Did you or anyone else in this town stop to ask why I would set fire to Bromley Forest Products, what I would gain?” Unable to face the contempt on his face, she stormed across the room toward the door, determined to get out of the office and away from him.

“So tell me what really happened. I’m listening”

His quiet voice, filled not with his earlier anger, but a note of compassion, seeped through her turmoil. She removed her hand from the door handle and swung toward him. For a second, the briefest heartbeat, she wanted to tell him, to finally reveal the truth. But she shook her head. “You wouldn’t understand. You’re just like everyone else. You think my father was wonderful, and I’m the devil who broke his heart.”

“I picture you many ways, Sharla-Jean, but never as a coward.” He arched a dark brow. “Anyone who’d wear that red dress to her father’s funeral isn’t frightened of anything.”

As if in a daze, he opened the door of the truck and climbed out. The full horror of the hellish scene rose before him. On wooden legs, he stumbled toward the chaos. Acrid smoke filled his lungs and stung his eyes. Coughing, tears streaming down his cheeks, he trudged onward.

A loud, piercing scream of protesting metal rent the air. He stared in morbid fascination as the metal roof of the sawmill buckled and collapsed in a monstrous roar that shook the ground. Showers of searing sparks swirled in the air, stinging as they landed on his arms, his neck, scorching his face.

One plodding step at a time, he drew nearer to the roaring flames. His skin prickled and tightened with the searing heat. A heavy cloak of thick, black smoke filled the air, searing deep into his lungs.

Another roar, like a ravenous beast, shattered the air, and the roof of the planer mill collapsed, leaving a blackened skeleton in its wake. Glowing hot ash, burst into the air, lighting on the orderly piles of kiln-dried lumber, setting them ablaze. A coal landed on his arm stinging and singeing. He brushed off the burning ember, transfixed by the conflagration before him. 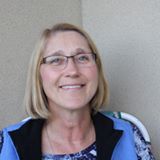 CB Clark is the author of three romantic suspense novels published by The Wild Rose Press. ‘My Brother’s Sins’ and ‘Cherished Secrets’ were published in 2016, and ‘Bitter Legacy’ in June, 2017. CB has always loved reading, especially romances, but it wasn’t until she lost her voice for a year that she considered writing her own romantic suspense stories. She grew up in Canada’s Northwest Territories and Yukon. Graduating with a degree in Anthropology and Archaeology, she has worked as an archaeologist and an educator. She enjoys hiking, canoeing, and snowshoeing with her husband and dog near her home in the wilderness of central British Columbia.