SAFE TO LOVE YOU
Ink Series - Spin Off book 2 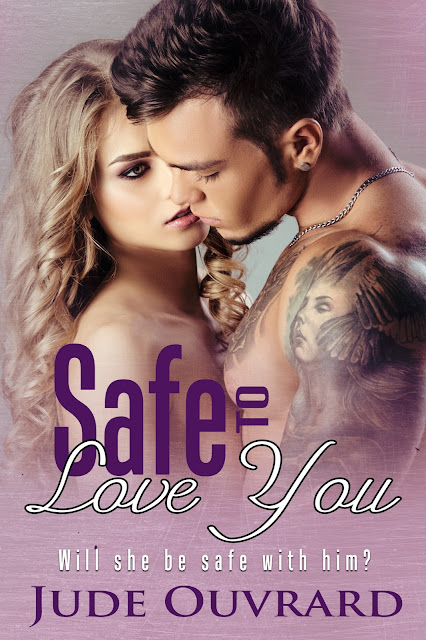 This book contains scenes that might be disturbing to some readers. Scenes of violence and domestic violence.

After wasting years of her life to an abusive man, the love Abbie Rylee once felt for him is replaced by fear. One last fight for her freedom leaves her hurt but fulsome after a gentleman saves her from the brutal hands of her evil ex-boyfriend.

Presley Williams has been moping around for too long after being dumped by a beautiful model. It's not until a chance meeting and an opportunity to be the hero that he starts to feel alive again. Craving the flame who brightens his life, the tattooed photographer sets out on a mission to find the girl who left him breathless.

When Abbie and Presley see each other, their mutual attraction flares first. The unconventional guy seems like an intriguing choice for the still-wounded Abbie, but is he actually someone she can feel safe with? Will she be able to move on, continuing with her life unscarred?

The hot water washed against my face as I tried to scrub off the memories once again. Nothing seemed to work. I closed my eyes and tried to think of nothing but the washing of my face. For over a month I’ve been haunting with the thoughts and memories of her…Kelly.

I groaned, just the thought of her name made my stomach ache.

As the water dripped off my face I looked into the mirror and focused onto the ridiculous expression of a pathetic man. What is happening to me?

You are so lame, Presley. Get over it.

I have a good family, good friends and a job I love. That should be enough to keep me happy or on track but I’m losing it.

I thought she was a great girl. An honest girl. I can't believe it. She used me, used my name, and I gave it my all during her photo shoot. It was one of the best I have ever done. We had great chemistry going on, I thought we were getting along great. I even bought a new lens and new equipment, just to please her. I wanted to make it a special day for her, because I thought she deserved it.

I should've known, the second I gave her the portfolio, her attitude would change. She went from super sweet to super bitch. I'm just too naive sometimes. I should've known better. Never date a girl in the business; it brings you nothing but trouble. We had fun while it lasted, but the way it ended was agonizing for me. I liked her free spirited attitude and how wild she was. I was never madly in love with her, but I expected more than to be thrown out like garbage when she was finished with me.

When I met her a year ago, she was working on a photography set as an assistant. We talked a little at the time, but nothing too serious. Kelly was good friends with one of the models I was shooting. I gave her my card, something I do all the time. She’d done a few modeling gigs in the past, but nothing major yet. I'm a busy photographer, but I still enjoy working on portfolios for up and coming models.

Kelly called me, a week after we’d met and we went out for drinks. We discovered we both share a passion for tattoos and music. We had a blast that night; we played pool, drank beers and I thought why not see her again?

We caught up with one another a few more times before we started seriously dating. She had a troubled past and I knew about it, but that didn’t matter to me. Everyone has a past; hers just happened to be a little more challenging. Kelly was sweet and I enjoyed being with her. She made me laugh, she was a real goofball and I needed that in my life.

After a couple of months, she was staying pretty regularly at my place. I liked falling asleep and waking up next to her. We hadn't talked about making the situation permanent, but I believed she was starting to consider it. My life with Kelly mirrored the life of Hollywood stars. Most nights we partied until the early hours, bouncing from one party to the next as if that was our job. Kelly had a lot of friends and even more connections. I had never known this sort of life before I met her.

’Do you think we're ever going to get tired of this?’ Kelly asked me once, in the middle of one of the biggest events we had been invited to. With my camera in one hand and her in the other, I lost myself in the music and atmosphere that surrounded us.

‘I don't know, Kel, but let's just enjoy while it lasts,’ I chuckled. ‘I’ve met some important people tonight; one guy said I should hear back from him later this week. A tattoo magazine shoot–that would be great if it worked out.’

‘Maybe if you keep getting important contracts, your family will stop hating me.’ Kelly had looked pained when she spoke. She’d never done anything wrong around them, but my family had heard rumors about Kelly’s history as a wild child, and disapproved of the way we spent our time.

‘They don't hate you, Kel. They just don’t understand our crazy lifestyle.’

My dad, my brother and my sister never liked Kelly. After I introduced her to them, they warned me to be careful, but I didn't listen. With Kelly, I was having so much fun, I felt like a teenager again. We were always on the go, doing whatever the hell we felt like doing. Almost to the point of selfishness. Running our lives the way we wanted to, became our top priority and to hell with everyone else.

Things changed after I offered to work on her portfolio. Kelly was truly happy about the offer, and it made me happy to help her out. The day of her photo shoot, she was ecstatic. I knew exactly what theme to go for; showing off her ink and making sure she looked her absolute best. I gave her some quick prints that night and the following day, I gave her the professional quality photos. Everything changed that day. I’d given her what she was after–-professional photographs taken by a well-known and well-respected photographer. She didn’t need me anymore and by the time I got home from work that night, Kelly was gone. She packed up everything at my apartment, and left without so much as a goodbye. When I tried to contact her, she wouldn’t return my calls. Days later, I heard from a mutual contact that she’d packed up and headed to Europe, determined to make it as a professional model.

During my crazy relationship with Kelly, I had been seriously slacking at work. One of my major New York contracts was coming up in two weeks and I needed to get my shit together. I had a mantra, which I kept telling myself, almost constantly, while I came to terms with Kelly’s behaviour: Be a man, Presley! This is your life. Your reputation. Everything you've worked so hard for over the years. It’s time to get back in the game. Be better. Be stronger. Man up!

I know life will continue to throw curveballs at me; I’m just tried to convince myself that Kelly was one of those curveballs. I knew it was time to walk away from the hurt, and learn from it.

Getting dressed for the day, I shake my thoughts away and think of something else. No more Kelly. I pick my favorite jeans and t-shirt, tousle my hair just a bit and get something to eat.

Tonight, my favorite band is in town, playing a gig. I decided this is going to be my night. I need to start afresh and move on from the Kelly situation. First though, I need to call Joshua, my brother. I haven't seen him much lately and I miss his company. We get along well; at least, we did until Hurricane Kelly happened.

''Joshua, do you still have my ticket to the concert, or did you find someone else to take it?'' I ask.

''Great! I'll meet you at the bar before the concert.'' Already I feel my mood lifting—for the first time in weeks. This is already shaping up to a good night.

''Alright!” Joshua sounds pleased. “Ali is coming along, too,'' he adds and I can hear the smile in his voice when he mentions his girlfriend.

I've been pretty boring lately. I haven’t gone out much in recent weeks, I was too upset about the Kelly situation, and quite frankly, I thought I was missing her. It never occurred to me that she was going to be the girl I married, but honestly, being with her was crazily addictive. I didn’t care about anything else when I was with Kelly. Her wildness engulfed me, blinded me to everything else. All that existed was Kelly–the parties, the drinking and fuck...that sex. I was carried away by her intoxicating lifestyle and I drank it up faster that the shots of tequila she used to pour down my throat.

At first, after she left, I missed it. Then, after a while, I figured out that maybe it wasn’t right to live like that on a long term basis. After months of living the life of a rock star, a break was needed. Hell, my body needed it.

So for a long while, I stayed in my apartment most of the time; did some painting, worked on my photos or caught up on sleep. To be honest, I’d had my feelings crushed by her and I turned into a bit of a hermit.

I realize that it has to change. I want a social life again–-I need to get out and about, with my real friends, not the fake people I spent time with when I was with Kelly. I’ve missed hanging out with my siblings. I'm done moping around because of a girl. She kicked down my pride, and it hurt; but today is the beginning of a new chapter in my life. 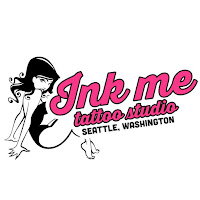 "Drama, true love, tattoos...and everything in between!"

Jude Ouvrard is an author who writes from the heart, and reads with passion and devotion. Jude enjoys stories of drama, true love, tattoos, and everything in between. While writing is her therapy, reading is her solace. Life doesn't get better than books and chocolate, and maybe a little bit of shopping.

A romance lover, Jude writes about love, pain, heartbreak and matters that will challenge your heart. A book can tell an unexpected story, no matter which directions it takes. Jude embraces words that have haunted her for years.

Jude is a working mom who dedicates her time to a law firm and writing books. She has an energetic superhero son, and a supportive boyfriend of many years. Her family is her rock; she could not survive without them. Born a country girl, she transformed into a city woman who now lives in Montreal, Canada. Although French is her first language, Jude decided to write in English because she liked the challenge.