Triangle of Hope By Michael Meyer 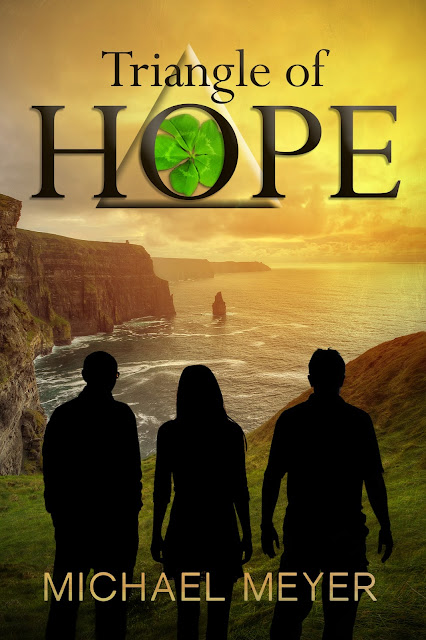 Feel-good contemporary fiction. Change is in the air.

Who knew that a chance encounter would change their lives, and the lives around them, forever? Three unlikely allies come together to take a selfless, courageous stand, and their world will never again be the same.

Clint Westerly has it all; that is, until he makes a fateful decision that turns his life upside down.

Tanya Wilshire has sheer determination to fulfill her mother's dying wish, although she seemingly has now lost the means to do so.

Seamus Harrington, eighty-four years of age, is determined to right an old wrong before it is too late, even though the odds are heavily stacked against him.

If you love feel-good reads with happy endings, then don't miss TRIANGLE OF HOPE, where "Meyer was masterful in weaving the story lines of the three main characters into a conclusion which was exactly what the title suggests...a Triangle of Hope." (Jon Colson)

"A book that will stay with you forever." (Wanda Hartzenberg)

His impending death hung in the air like thick smog, smothering everything in its path, obscuring a parade of ups and downs, the unevenness of thrills and chills that defined his life’s existence. It was eerie and scary, but also rather comforting, much like being in a warm bed on a cold night, like shivering while being filled with excitement at what was going to happen next. The news could very easily have been broadcast to those of his past and present, but he had made certain that all the speakers had been turned to mute. He had made the firm decision to meet his destiny without any chance of intervention by anyone. He was all alone in this, his final act.