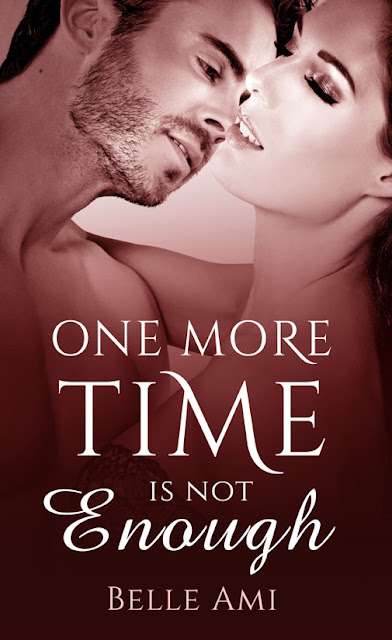 Adelia Lindstrom Bremen seems to have it all: wealth, beauty, perfect twin children, two men in love with her, and a career she loves. But, beneath the veneer of success and prosperity lies disappointment, tragedy, and unending lies. Her parents were murdered, her marriage ended in a custody battle, and she is swept up in a love triangle. Now she has discovered the existence of a half-sister who wants nothing to do with her.

Someone is killing scientists that deny man-made climate change, and Adelia is about to find out that putting her life back together and opening herself to love may be the least of her worries. Can she find her true love and survive being the prey of a serial killer? Can the two men who love her rescue her in time? The clock is ticking.

When they returned to the cliff house, it was late. Adelia suggested they take a Jacuzzi and have a nightcap. While David changed into his swimsuit, she ordered a bottle of champagne and fresh strawberries. By the time he finished in the bathroom, she was in the hot tub, immersed in a cloud of steam, sipping champagne and nibbling on fruit.

“Come on, slowpoke, the water feels like heaven.” She eyed David’s muscled body. “The FBI Academy seems to have agreed with you. You’re a treat for the eyes, Agent Weiss.”

David sighed. “What am I going to do with you?” He slipped into the water.

“I don’t know. What are you going to do with me?” she goaded, handing him a glass of champagne.

Enjoying their playful repartee, she placed her feet in his lap. “This is bliss.” The intimacy of the hot tub was having its desired effect, she could feel the sexual tension mounting.

“You know I’m not going to make love to you.”

“Really." She furrowed her brows annoyed. “Why not?”

“Because, Adelia, even all of this”—he spread his arms wide—“can’t make the reality of our lives go away. You have an ex-husband who wants you back, children who’d be better off with both their parents. I can’t compete with that.”

She could sense his goading her into a confrontation. “You’re not going to spoil this perfect evening. I won’t let you.”

“Do you know what it’s going to be like for me, when this is over? Poor David, too bad his girlfriend went back to her husband.”

“It’s not true, you could stop it if you wanted to.”

Doubt plagued her, but it wasn’t within her power to stop what she was feeling. She stood and placed her glass on the side table. With determination, she reached out and took the champagne glass from him. Then, grabbing a strawberry, she sat on his lap, facing him.

Without a thought, she placed the strawberry seductively between her teeth and brought her lips close to his.

He stared into her eyes. “Please, don’t do this.”

“Why? Don’t you like strawberries?” She could feel his erection beneath her bikini bottom. “Or, is it just me you don’t care for?”

He growled, then bit half of the strawberry off, his lips brushing hers. He tried to pull away, but her arms encircled his neck, and she deepened the kiss.

“If you keep this up . . . you might get more than you bargained for.”

“Is that a threat or a promise?” she whispered, her lips inches from his.

“Funny, am I the only one here who knows what they want?”

“What I want isn’t in question.”

“Oh, but I think it is. If you were honest with yourself, you wouldn’t pull away. It’s been such a perfect evening. What’s wrong with two people who care for each other, exploring their feelings? I dare you to tell me you don’t want this. That you don’t want me.”

“Then surrender and let me win. I’m a big girl. If this is a mistake, it’s my mistake.” She pressed her lips on his, her tongue darting against his.

He rose with her in his arms. “I won’t blame you for what’s about to happen. You know how much I want you. I just hope we don’t live to regret it.”

He kissed her with a lust that turned her blood to fire.

“No regrets. I want this. Let’s take a shower,” she teased, kicking her legs playfully in the air. 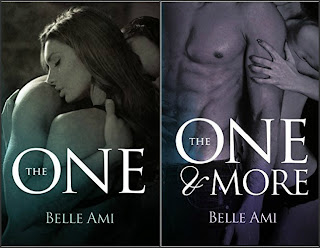 The One ✯ The One and More

Tema Merback, writing as Belle Ami, couldn’t be more excited to be given the opportunity to be published by Soul Mate Publishing: “Dreams do come true”. As a mother and wife, she dedicated herself to her family and loved every minute of it. One day, like Sleeping Beauty, she awoke to find gourmet cooking and being a classical pianist wasn’t enough, she needed to reinvent herself. So, she brushed away the cobwebs and locked herself in a room and spent a year writing a historical novel which, low and behold, was a Finalist for a national book award. Her first author incarnation was born.

When she read Fifty Shades of Grey, her world tilted. Like a laser beam focusing on a target, she had found her passion: Sexy, steamy, romantic suspense. Hence came a second incarnation and a fitting nom de plume, Belle Ami. A quote that Belle considers her mantra is by Wilferd Peterson, “Success is focusing the full power of all you are on what you have a burning desire to achieve.”

She is a Kathryn McBride scholar of Bryn Mawr College in Pennsylvania. She lives in California with her husband, two children, three dogs, and horse.