They fought to death for the last drop of water. The virus erased the rest. Avery must protect his little brother, Jace, the only family he has left, his last reason for living. But when soldiers are needed, no one cares about the details. He gets Tasered before he can save Jace and himself from being forcefully conscripted.

Two years of cryo-sleep later, the brothers are aboard an aircraft taking the last humans from Earth to a new home, Panacea. Life is good. Food and water are plentiful. Jace is a happy kid who will never see a day of war.

So why does Avery feel like he’s making a big mistake trusting the new commander?

And who or what is Lupète? Why is Commander Smith so intent on making the natives on the new planet sound like bloodthirsty killers?

With his life in danger and Jace lost, Avery must find a way to protect Jace and the natives, too, before human greed and desperation destroy yet another civilization.

“I nearly got killed out there. If I die, if you die…people are being killed, Avery. No one has a good solution to this mess. No one wants to give up the rights to their water. They don’t even want to share. Shit is hitting the fan over all this. Look, Jace is too young for recruitment. Caileen would be the only other person who could sign up so that the family could live on base. Can you picture her in basic? Boy, I bet she’d be the perfect person to go out and shoot people. You aren’t even fit to do that.”

My teeth grind in opposition, but I know he’s right about Caileen. Basic training would eat her alive. She wouldn’t have the guts to shoot someone. It has to be me that stays behind.

“Look, I know you’re against the space program, but it’s our best bet. You think it’s bad in Asik? You think the outsiders living just beyond our walls have it bad? I already talked to Bruce, so I know you’ve been out there…”

“Bruce? You’ve talked to Bruce? How long have you been back?”

“God, Jeremy. A few days! What the hell! Does Mom know? When were you going to tell us?”

“It doesn’t matter. Probably won’t be staying here for long anyway with the way things are going. Look, what matters is you get back on the space settlement list.”

“Why’s that so important to you? What aren’t you telling me?” I yell at him.

Jeremy glances at the receptionist, who’s beginning to eye us suspiciously. “Stop shouting,” Jeremy whispers and walks me farther away from the lobby desk. “If you’re chosen, the rest of the family gets to go. Don’t you get that? Look, if you knew half the shit that’s going down right now you’d be begging to leave.”

“If it’s so damn important to you, why aren’t you trying to get on the list?”

“You think I haven’t?” Jeremy gives me a pained look. He’s easily smart enough and he’s in great physical condition. It makes no sense. Zimmerman should be standing on his head to have a person like Jeremy. Then it hits me.

“I’m his right-hand man,” Jeremy scoffs. “If he only knew, right?” Jeremy’s lips curl in a devious grin and I can’t help but smile back. He’s opposed pretty much everything Dad’s put in place. Jeremy doesn’t support recruiting hundreds of men to use for missions, and he helps sneak food to the outsiders. By how smoothly things went with this morning’s supply drop, Jeremy’s got a whole crew of people on base working covertly against our father.

“So, if you’re his right-hand man, you must know what’s going to happen next.”

Jeremy runs a palm across the top of his shaved head. “Let’s just say our trade didn’t exactly go as planned.” He sucks in a breath and gives me a serious look that makes my stomach drop again. “This is why you need to get your act together. Today! The shit storm is coming and it won’t be long until it hits home.” 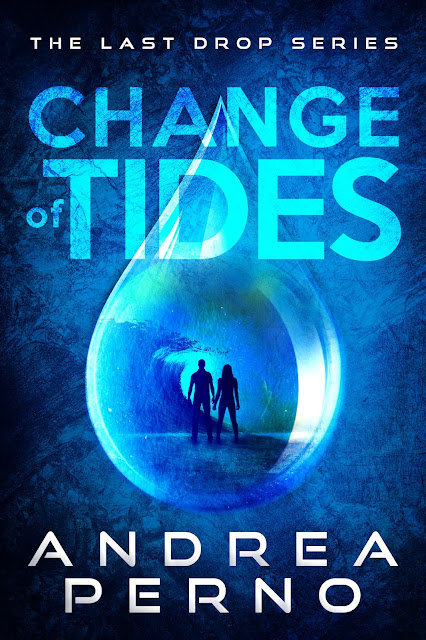 With nowhere else to go and separated from their friends, Avery and Clesandra head into the dark mist with Commander Smith hot on their trail. Endless are the rumors about the mist and its shrouded secrets. Avery cannot worry about those rumors. Other problems plague his mind.

Where is Jace? Is he safe? Where are the others? How will they find them without getting lost themselves? Will he and Clesandra live long enough to see their child born?

Avery and Clesandra discover new truths and lies as they continue their periled journey, including a dark secret that threatens not only the colonists and natives of Panacea but also the entire Universe.

Death. I’ve thought of it often. The freeing peace of nonexistence. No more fighting. No more war. I’ve ached for that serenity on more than one occasion. Of course, there’s also that terrifying moment of meeting the unknown head-on. After watching more than half my family die in front of me, and nearly dying myself, it’s hard not to commit to the reality that, in moments, Clesandra or I could be gone forever. I cast a sideways glance at Clesandra. Her luminescent green eyes are focused ahead, straining to see what’s inside the mist.

She removes her knife from her back pocket and presses the button on the side. The instant the blue blade appears, the gray mist enveloping us crackles with blinding, bright lightning bolts of blue.

Bolts whiz around us, expanding in all directions like an exploding star. Instinctively, I cover Clesandra’s head. She nearly slices my arms open with her knife trying to do the same thing for me. Just as quickly as the lightning storm started, it disappears. We’re both left gripping each other for dear life and squinting into the distance. The sudden blast of light was so blinding that the mist seems even darker. We crouch, huddled together, waiting for our eyes to readjust as wispy gray tendrils wrap around us. It’s almost as if they’re pulling us forward.

Now, faced with the moment of unknown and the knowledge that a swift and unavoidable death may be lurking mere feet in front of us, I’m not ready to die. There’s more I want to experience. More I want out of life. I want more time with this woman, however horrible or tragic it may turn out to be.
“Put the knife away,” I whisper.

“What was that?” she asks, disengaging the blade.

Despite the gripping fear making my heart all but leap from my chest, I pull Clesandra forward, trudging through the deep mud and embracing the unknown. There’s not a doubt in my mind that Smith saw the blue lightning. We might as well have a neon sign hovering above our heads. We aren’t safe where we are. We probably aren’t safe where we’re going. 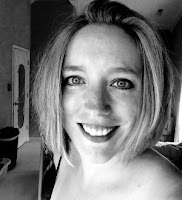 In an effort to write a biography that won’t bore people stiff, I’ve kept this one pretty simple. I, Andrea Perno (and yes it is very strange referring to myself in the third person) write futuristic science fiction. I am a writer, an illustrator, an artist, an outdoor enthusiast and oh yeah, how could I forget the most important one? I’m a middle school inspirational life coach, disciplinarian, stand-in parent, “stop throwing clay at him and for the love of God put your jacket on it’s cold outside”…teacher.

I grew up in Florida and Pennsylvania where my childhood consisted of riding horses, catching lizards, shooting, hiking, building things, and camping literally all over the U.S.A. My parents are keen on experiencing all that life has to offer. That mentality has really shaped who I have become as an adult. I also grew up watching huge doses of science fiction (thanks, Mom) and home improvement shows (thanks, Dad) Star Trek, Star Wars, Batman, Superman, Bob Vila, Home Improvement, MacGyver...I could go on or I could just say that’s where a ton of my writing inspiration comes from. I love creating worlds for people to escape.

I’m a workaholic with very little free time who’s fueled by chocolate and French Vanilla tea…yes tea, not coffee. I’m allergic to coffee. I will die. Though it may seem like I run all day and have zero time left for anything else, I am savagely loyal and passionate and will drop anything in a heartbeat for friends or family who need me. I, we…are nothing if not for the people around us.