TO DANCE AGAIN
&
ESMERALDA AND THE SECOND-HAND SUITOR 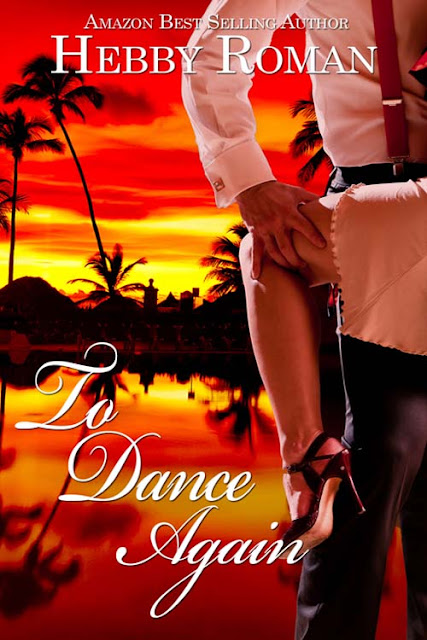 They say a woman never forgets her first love, and Maricel Cardona hasn't forgotten Ramón Morales. She remembers dancing all night in Ramón's arms to the sensual beat of their homeland, Puerto Rico. When her family forced her to move to the States, she didn't know she was carrying Ramón's child.

A self-made multi-millionaire, Ramón hasn't forgotten Maricel and the passion he felt, dancing with her. Now, at the pinnacle of his success, he's withdrawn from the world to safeguard his own secret. A secret that, if revealed, would change his life forever.

Reunited after twenty-seven years, will the high school sweethearts get a second chance at love or will their secrets tear them apart? 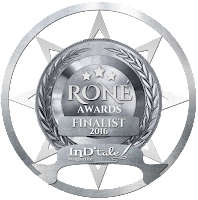 Placing his glass on the coffee table, he half-turned toward her. “When did you realize you loved me? And what kind of love is it? Are you in love with me as a man or as a fond memory?”

Her head pounded. Too much booze. Too many questions.

Why was he doing this—giving her the third degree? And who gave him the right, rubbing her nose in it? Fury flooded her but rather than stay and fight, she wanted to run away. She needed to get away from him, like when they’d been driving.

But she wouldn’t run. Not this time. Instead, she threw caution to the winds. “I’ve always loved you, Ramón, from the very beginning, since we were kids.”

He crossed his leg and ran his hand down the pleat of his pants, as if to smooth it. His action was so controlled, so cool and collected, she wanted to scream.

“You could have fooled me,” he said. “You went to the States with your parents and never looked back. I begged you to return and marry me. You kept putting me off.”

“You mean you couldn’t wait. Your impatience and pride got the better of you.” She took a deep breath. “You were supporting your mother, for heaven’s sake. We both needed degrees to survive.”

“Did we? We were young and in love; we would have gotten by.” The tone of his voice was uncommonly hard, unforgiving as stone.

So this was it. He wanted her to pay for an ancient wrong? But he'd been in the wrong, too; he hadn't known how much she'd needed him. 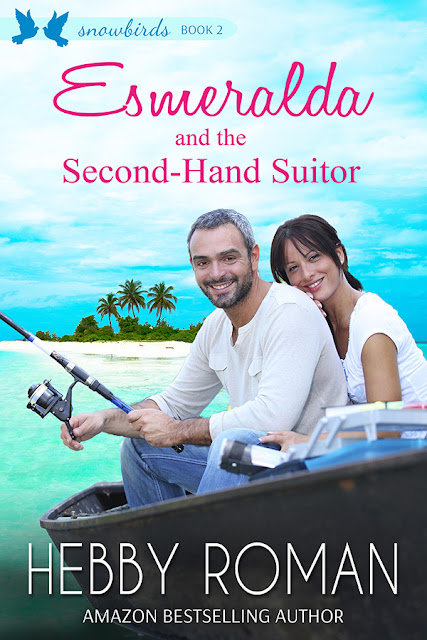 “What’s a forty-year-old virgin doing in a predicament like this? Looking for a husband but not because she wants one. Shy and inexperienced, Esmeralda Garcia is terrified to be dating and would rather stay at home with her three cats. But her late father’s will decrees she must marry or forfeit her orchard, her only means of support.

Hank McCall, as a romantic prospect, leaves a great deal to be desired. Twice divorced and older than Esmeralda, he wants to enjoy his semi-retirement and avoid being entangled in a long-term relationship again.

Scarred by their pasts and challenged by the gap in their ages, Esmeralda and Hank struggle with their mutual attraction and growing affection. When Hank is faced with losing Esmeralda or surrendering to her yearning to have a real family, their fates hang in the balance.”

“Aren't you going to ask me inside?” Esme asked.

“Why not?” The stricken look on her face almost undid him.

“Because I got a contract job and need to make an early start tomorrow.”

“Oh, that's nice.” She smiled. “I'm happy for you. But I thought work was secondary and money was no object.” She trailed her fingertips along his jawline.

He kissed the palm of her hand. “It is, but I do have to live.” Then he grinned and admitted, “And it's for a friend and he's given me a rather aggressive deadline.”

“How aggressive?” She settled her hands on his shoulders and massaged them with her fingers.

He tilted his head to one side and said, “Mmmm, that feels good. Don't stop.”

“Can I come in and give you a more private massage?” Her dark brown eyes glittered in the half-light thrown from his porch lamp.

He grinned. “I wish. I've got a two-day deadline. I'll probably start tonight, not even wait until tomorrow.”

“Okay.” She stopped massaging his shoulders and let her hands stray down his chest. “I understand, especially if it's for a friend.”

He hated being without her, hated missing her, trying to fill up his lonely days. Esme was a force of nature, a quiet and unassuming force of nature, but for him, she was special. After what Melanie had done to him; he hadn't known if he was capable of caring again. And two failed marriages to boot. You'd think he'd learn and give up.

But Esme was like no other woman, not even his first wife, who'd also been innocent and naïve when they'd started dating. He couldn't say what was so special about Esme, but he knew how he felt. As if he could see himself spending the rest of his days, making her happy.

Good Lord, was he falling in love with her?

“I want to see you again, too. When would be convenient?” she asked.

He frowned and tried to get his bearings. What had he said and what was she answering? Then he remembered. But the thought that he was falling in love with a woman he'd never been intimate with had blanked out his thoughts, stolen his reason.

“Uh, yeah, I think I need to work the weekend, but then I should be free. I'll give you a call.”

She grabbed the lapels of his shirt and stroked down, smoothing them. “Uh, Hank, I had an idea.” She smiled. “But I don't want you to think I'm being pushy or trying to get you to work more. I, uh, after today, I—”

“Spit it out.” He grinned back at her. “I'll take what you say with a grain of salt.”

She shook her head and her pink tongue snaked out between her teeth. Seeing it, he almost groaned. He leaned closer, wanting to kiss her again.

“My father used to say that but in Spanish.”

He pulled back. “I'm not certain I want to remind you of your father. I know I told you how old I am today, but still…” 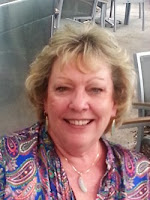 Hebby Roman is the multi-published, Amazon best-selling author of both historical and contemporary romances. Her first contemporary romance, SUMMER DREAMS, was the launch title for Encanto, a print line featuring Latino romances. And her re-published e-book, SUMMER DREAMS, was #1 in Amazon fiction and romance. Her medieval historical romance, THE PRINCESS AND THE TEMPLAR, was selected for the Amazon Encore program and was #1 in medieval fiction. She was selected for the Romantic Times "Texas Author" award, and she won a national Harlequin contest. Her book, BORDER HEAT, was a Los Angeles Times Book Festival selection. Her contemporary romance, TO DANCE AGAIN is a 2016 RONE Finalist.