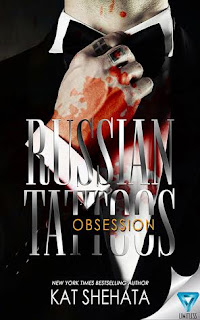 Competitive tennis player Carter Cook wants a taste of freedom. Her overprotective father monitors every aspect of her life, so when he becomes employed by Vladimir Ivanov—a sexy Russian with an array of tattoos and an accent that weakens her knees—a bit of danger is within Carter’s grasp. Behind her father's back, she enjoys spending time with Vladimir at his lavish estate. But is he really the upstanding businessman she believes him to be?


Vladimir spent five years of his life in a Siberian prison camp and has earned every tattoo inked into his skin. He is a powerful man who gets what he wants, and after stalking the gorgeous tennis player for years—he wants Carter. A little charm melts her heart, and behind the scenes, he orders his henchman to track her every move.

He’s a tattooed stick of dynamite ready to blow at the slightest spark.

As their romance reaches deadly levels, Carter senses something’s not right. When she’s lured into a compromising position at the hands of a shady European drug dealer, she calls in Boris, Vladimir’s right hand man, to rescue her—without telling Vladimir. With his authority questioned, he sets out to teach Carter a lesson about loyalty she’ll never forget.

When Carter realizes she's in too deep, she must fight for her freedom before the attraction turns fatal.

But the Russian mafia plays for keeps, and Vladimir’s fierce lust to possess her spirals their romance out of control.

ADD THE SERIES TO YOUR TBR ON GOODREADS!

The sequel, RUSSIAN TATTOOS: PRISONER is OUT!!
KINDLE | PAPERBACK 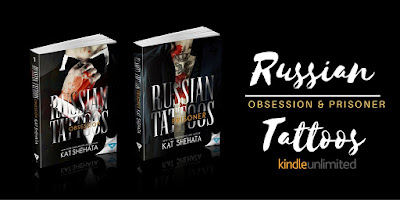 — EXCERPT —
“No way. Promise you won’t rat me out to Dad.” I jumped in front of him and blocked my bedroom door, as if I could stop him. “He’ll be so ticked. Probably madder at you than me, and trust me, you don’t want to see him angry.”

Vladimir crossed his arms and studied my freaked out, arms-stretched-across-the-doorframe-stance. “You think I am afraid of your papa?”

“Of course not, but why do you want to provoke him? Everything’s fine. If he finds out, he’ll never let me see you again—please, I need you.”

Vladimir peeled my fingers off the doorframe, held my wrists, brought my arms down. He kissed my cheeks, but not in the usual way. His warm lips lingered on my skin while he massaged the nape of my neck. The closeness of our bodies and the heat emanating from his skin caused a groan to escape from my lips. Vladimir rubbed warm circles on my back and whispered Russian words in my ear to soothe me.

“What does it mean?” I whispered.

Blood rushed down there. I wanted to tackle him on my bed and run my fingers through his sexy hair and touch his chest and feel the warmth of his lean, muscular body. Lately, I’d felt The Urge. Right or wrong, Vladimir lit my sexual fire. It wasn’t his body or his incredible blue eyes, it was how he made me feel—like the important person in his universe.

“What kind of good?” I laid my hand on his chest and snuck my finger inside his shirt to touch his skin. I traced the outline of the devil tat with my fingernail. Vladimir inhaled sharply, excited by my touch. I unbuttoned the top button of his shirt—

He lowered my hand. “Your papa will be home soon.” He left the house a minute before Dad turned into the driveway. I replayed the day’s events from his smoldering eyes, to his strong embrace, to the taunting words: “Oh, Carter is that what I am, your boss?”

What did he want to be? My friend? Boyfriend? Lover? 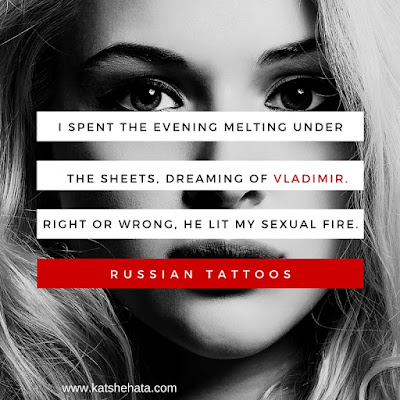 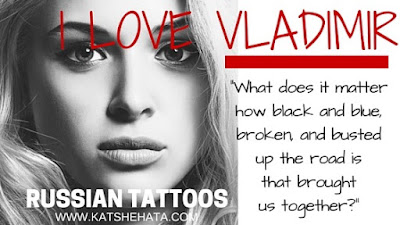 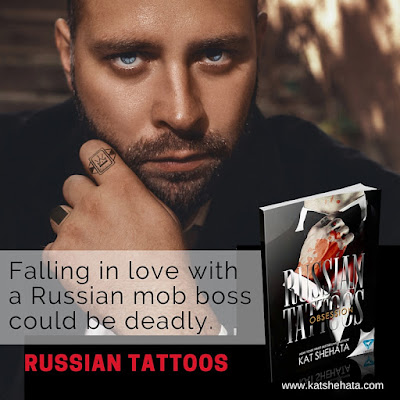 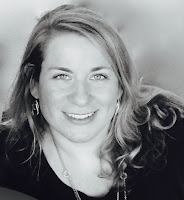 Kat Shehata’s first career involved caring for exotic, dangerous, and adorable animals as a zookeeper. As an author, Kat weaves her love of animals into her work. She is the co-author of the New York Times bestselling children’s book Animals on the Other Side written with Sylvia Browne.

She is also a competitive tennis player and spends her free time playing matches in a recreational league. She lives in Cincinnati, Ohio with her husband, three kids, and an enthusiastic poodle-mix. She holds a bachelor’s degree in theatre from Wilmington College, a professional writing certificate from the University of Cincinnati, and a master’s degree in creative writing from Spalding University.